Corona US Open and other thoughts

Nice to finally see some live tennis after so long! The US Open has started. Some top players are missing — no Nadal, no Halep (they rather concentrate on Rolland Garros; understandably, since clay is their preferred surface); no Federer (some knee injury).

Some of the bad boys who had the coronavirus are playing, like Djokovic and Dimitrov. The latter just went out. But it was a good match, take a look at the highlights if you like tennis. How strange it feels to watch these intense points without hearing the crowds' murmur of amazement! There are no crowds, because... pandemic! These huge arenas are empty.

Of course, players don't wear a mask during play; on average, a match takes 2-3 hours — it would be impossible to put that effort with a mask. But after the match, the winner gives an interview and that's... with a mask on! Take a look at Sofia Kenin. She's alone, in the middle of the empty court, with the mask on. The interviewer is nowhere to be seen, she's probably not even there.

Is it player's choice to wear the mask here? I don't think so, she's already been all over the place for two hours without a mask. Most probably, these are the regulations, but what could be the purpose? Clearly there is no risk to get infected, nor to infect anyone, because there's no one around! The virus doesn't just fall from the sky; if it did there would be no tennis and we'd stay indoors and homo sapiens would end, which probably wouldn't be too bad.. but I digress. The only purpose that can be is to maintain fear.

The most heartbreaking change is that they are no longer allowed to shake hands. Most players known each other for years, they are friends and they remain friends even after a hard fight; they used to shake hands and hug at the end, which is really what friends do, but now they just tick rackets and that's it. Sad. Meanwhile in footbal: 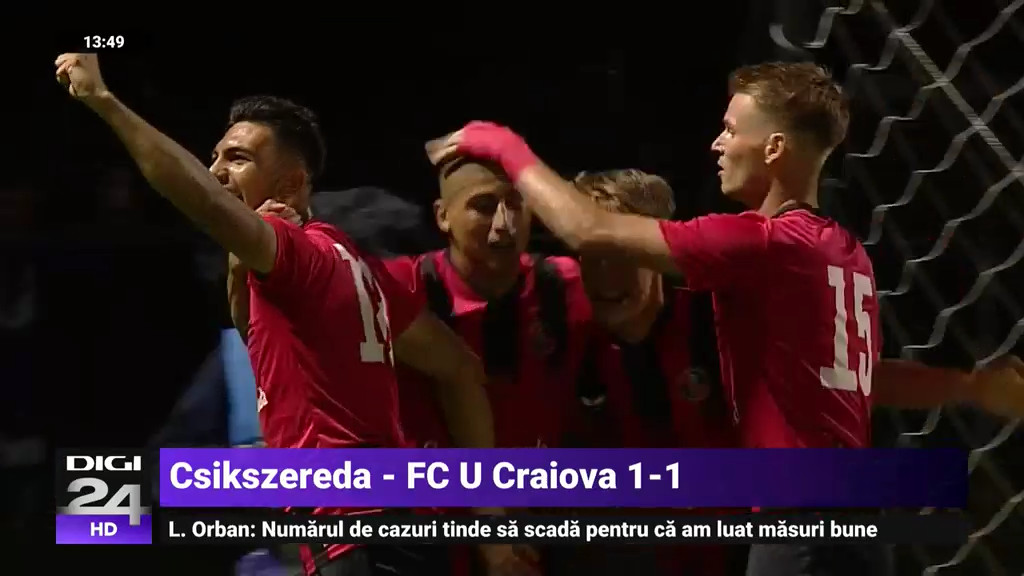 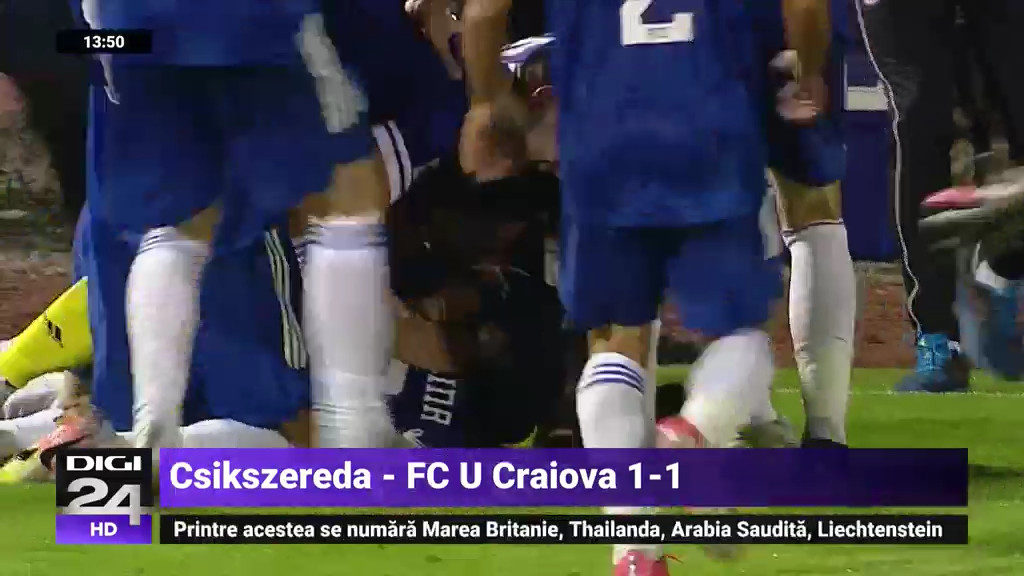 You can see these images after every goal. Now, I get it, manifestation of joy is part of the game, is something human and it shouldn't be forbidden, but then why not allowing tennis players to shake hands at the end? It just doesn't make sense. Also, while restaurants reopened just days ago with very strict rules, here's our beloved football players: 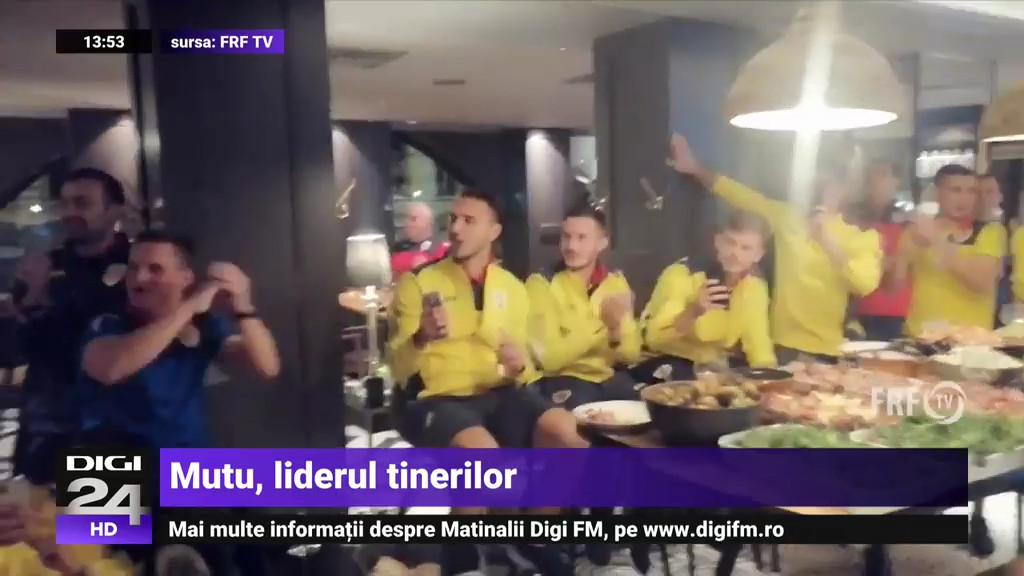 No distancing, no masks, indoors. This is practically illegal. What I'm trying to say, I guess, is that nothing seems to make sense! I feel like something more sinister than just the virus is going on. I want and try hard not to believe in conspiracy theories, but I feel like some unseen hand is manipulating all of the press and all the governments, worldwide, silencing voices that try to sing a different kind of music.

I find it weird that the Bill and Melinda Gates Foundation is pouring money both into the WHO, which declared the pandemic and dictates the regulations worldwide, and in ID2020, which recognizes “the opportunity for immunization to serve as a platform for digital identity“, which pretty much means they'd like to use vaccines to insert RFID tags into us; and that the press is talking about how the pandemic will not end until a vaccine is available, which kind of implies that vaccination will be mandatory, and all of a sudden conspiracy theories seem to become reality, in your face! They don't even hide!

I'm not exactly “anti-vaxxer”, but I try to get informed and think, and it's not hard to connect these dots. I wouldn't like to get an ID chip inside my body, so I will refuse vaccination... if I can! I think that's the end goal of this “pandemic” — mandatory vaccination of the whole planet, and that could mean digitally stamping everyone. My cat has a chip, but I'm not a cat and I'd rather not have one.

# vb
Reply
La fel (...nice to finally see) se petrec lucrurile în turneele de snooker, transmise deasemenea de Eurosport; Selby introduce ultima bilă în buzunar, îşi pune masca (neagră, în ton cu celebra vestă) şi pleacă la vestiar (un spectacol televizat cam de 6 secunde - ca spot publicitar independent de context, ar face oarece money, mai ales că toate mişcările lui Selby s-au desfăşurat cum nu se poate mai firesc). Astea-s regulile; dacă le respecţi, ai ceva şanse să nu te îmbolnăveşti; dacă nu le respecţi (mai puţin contează că aşa vrei, sau aşa consideri), ai o şansă să te îmbolnăveşti.
# dxtr
Reply
While Corona is a really depressing wordwide, people spend more time browsing Internet. I was fortunate to find this blog, and became interested in trying to use SLip from my own computer. I am completely new to JS, and have only scratched Lisp (ELisp, Scheme and a little of CL). So it is possible I am just missing something. I cloned SLip repo to my PC and opened index.html in a web browser. (Pop-ups from file:// are disabled but you can put Ymacs inside main window or open a new one with a link.) When opening index.html in a browser fasl seem to load OK, but ymacs.html opens up, but it does not initialize, I just get background theme. I tried debugging, but I hit the wall of following form: I have a problem getting closures with `LispSymbol.get("LOAD").func()` - it returns nothing at all, the same with "%LOAD" as an argument. Can you please share how to initialize this LispSymbol data structure? I tried recompiling but nothing has changed - looks like something is missing in JS part of this project, but I don't know what. Maybe you have a minute or two to share what I am doing wrong here. Wish you all the best!
Welcome! (login)
Sep
2020

Corona US Open and other thoughts